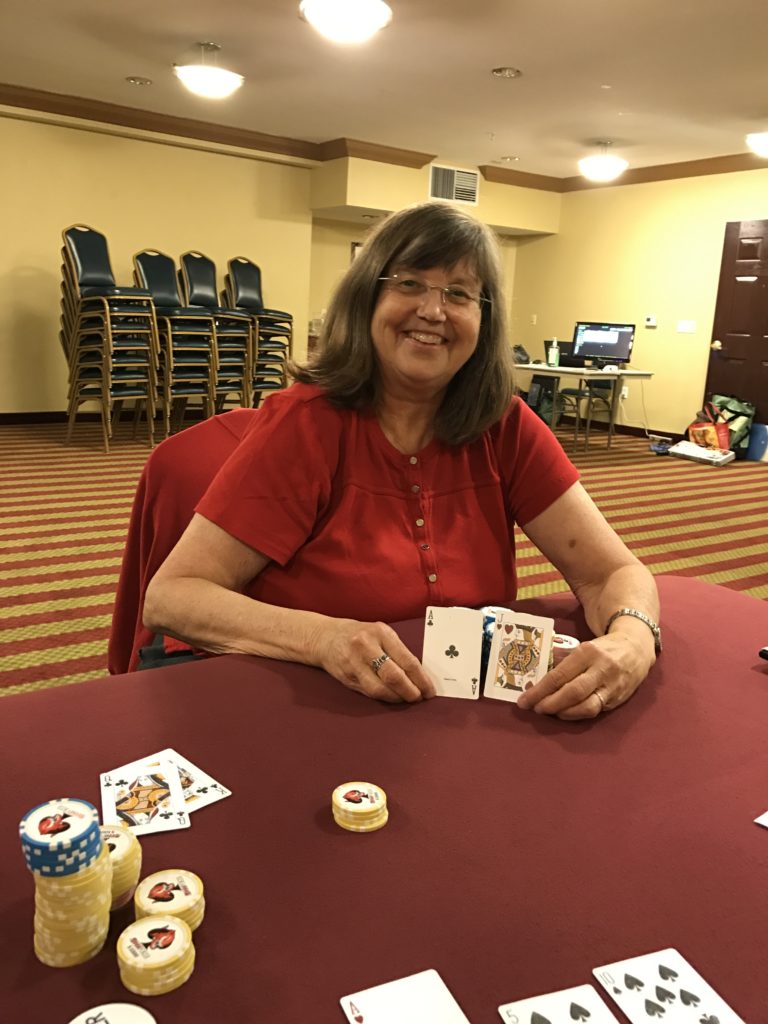 Event 6 brought Piranha Poker Team back to Dublin, where 27 contenders showed up to fight for some more early-season points. Some notable hands of the day:

Early in the tournament, at level 4, Brad shoved all-in with

and then Bill shoved all-in over the top with

. Brad rivered the club flush, hanging on and doubling up. Soon after, in level 5, Jen with

raised all in. Jen calls, and doubled Sean up when the board gave each player a set. hits the ace on the river, after he called Robert’s all-in bet with Bill and Robert were knocked out in 9th and 8th place, and after two levels of play, Larry bubbled when his AK couldn’t crack pocket 10s. We were in the points money. After another hour of play, including a controversial all-in hand that required a TD ruling, we were heads up: Last week’s champ, Rod Flora vs. Piranha veteran Jan Klimala. Rod, hoping for back-to-back wins, began heads-up play with a commanding chip lead. Jan kept the aggression on and ground him down, ending up turning the tables and becoming chip leader. In the final hand, Rod’s suited

proved no match for Jan’s

Next tournament is in the other Dublin venue. Details to be posted soon.